The Leuchtstoffwerk Breitungen (LWB), together with the Münster University of Applied Sciences and GVB GmbH, has developed a UV light-transparent protective coating based on aluminum oxide. This enables the production of mercury-free disinfection lamps.

UV light sources based on mercury-containing discharge lamps have been used for decades to disinfect water, surfaces and air. Their hard UV radiation of 254 nm destroys DNA/RNA and can therefore inactivate bacteria and viruses very effectively. The importance of such properties is strongly illustrated to us especially in the time of Corona.

High-power lamps are used to ensure that UV radiation has a rapid effect, for example in the treatment of drinking water. These lamps have proven themselves in industry and are long-lasting and efficient, with more than 10,000 hours of operation. However, there are two major disadvantages: First, these lamps contain mercury, and second, a certain operating temperature must first be reached to generate sufficient UV radiation. For example, decentralized application in water taps is not possible because the UV-C light source does not develop its full power during the short withdrawal cycles.

Anne Schmidt, project manager for the development of particle coatings, explains that the spectral properties of these phosphors make them very suitable for use in Xe-excimer lamps, but that they are not able to withstand the aggressive Xe-plasma in the long term.

In the joint project with Münster University of Applied Sciences (AG Prof. Thomas Jüstel) and GVB GmbH (high-purity quartz glass & lamp production), a UV-light transparent protective coating based on aluminum oxide has now been developed. This is applied to the phosphor particles on LWB's equipment by means of vapor phase deposition. LWB has mastered this so-called CVD process and already uses it in other phosphor systems for tanning and electroluminescent lamps on a ton scale. Initial tests in Xe lamps have shown that the operating time of the UV-C phosphors in the Xe-plasma could be massively increased (see graph).

"The protective effect of an Al2O3 layer that is ultra-thin at about 100-200 nm is truly remarkable. In comparison: A human hair is about 10,000 nm thick," Anne Schmidt emphasizes.

The project partners are convinced that this positive result can make an important contribution to mercury-free UV-C technology and thus to effective disinfection. Further optimization steps and test series will be carried out before commercialization. 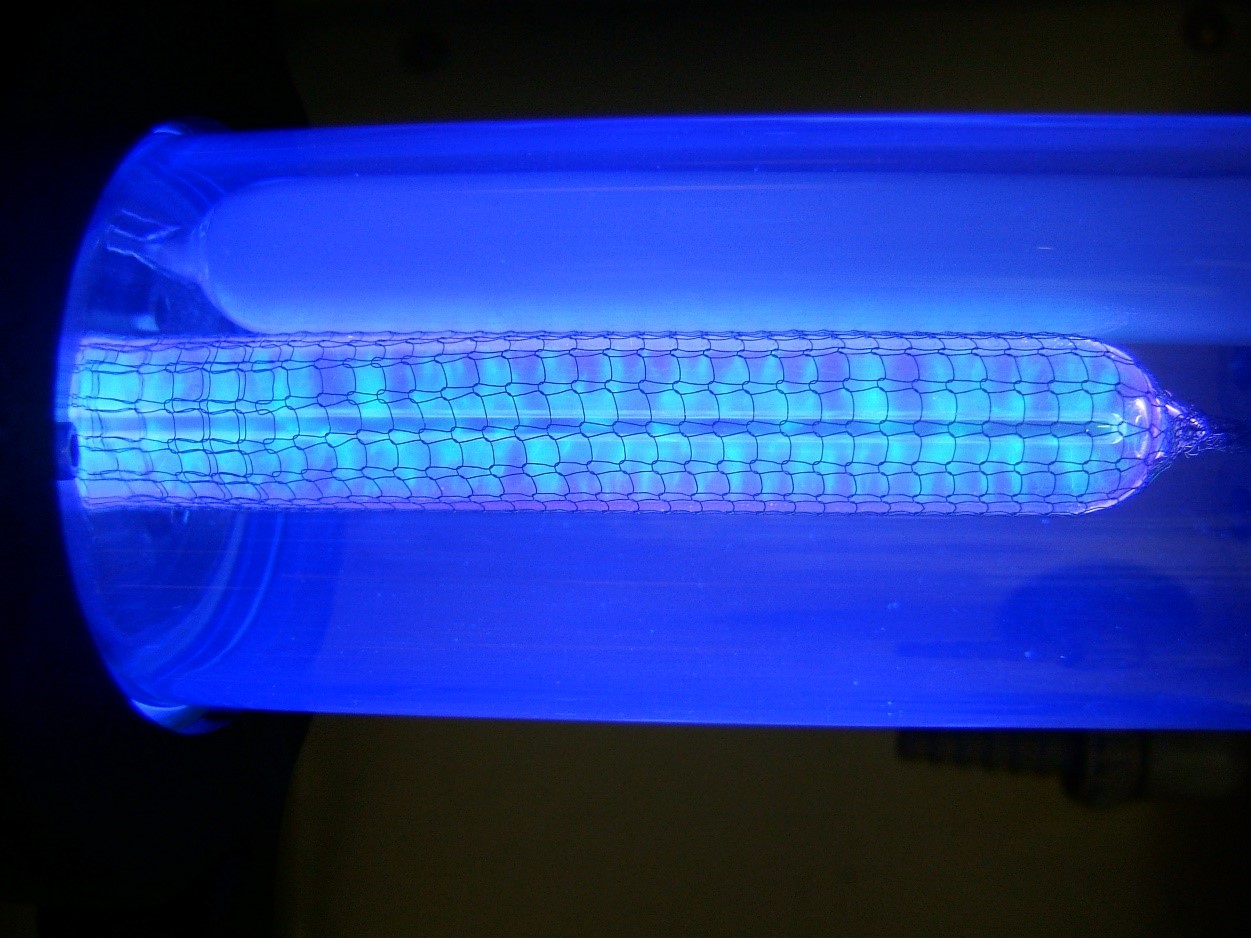